A CANCER on ASU!!

Is anyone as outraged as this blogger or The New Times about the treatment of this professor and the other 80% of the professors that president Crow has harrassed or intimidated to leave ASU!

If you haven't read the article go to
www.phoenixnewtimes.com or pick up a paper!
Good reporting job Megan Irwin!

Posted by blogmaster at 9:12 AM

Great article on ASU and our problems there. One slight error is that Dr. Pettit has over 165 patents. I’m glad someone in this town is on the ball and following President Crow’s activities. He has demoralized the staff and faculty beyond repair at ASU.

I think it is abominable that the local news stations and our Great Arizona Republic refuse to investigate this man’s actions.

It was so apparent by your article that he is clever in the way that he stays below the radar and let’s everyone around him take the fall for his actions. He is a great demoralizer and dictator and everyone just turns a blind eye because instead of seeing him as the coward he is they think he is someone to fear. He will not even come to the phone to hear a complaint he lets his staff take the hits. Man of the Year, I think not…Coward and Bully of the Year, yes, yes, yes!

One thing the article did not point out is that Crow has FIRED or THREATENED everyone that liked Dr. Pettit so your article is right there is NO ONE on campus with balls enough to admit how much they admire this Professor and in fact there are few left that do like him, Crow has seen to that by getting rid of all Dr. Pettit’s allies.

Bravo for Dr. Pettit in standing up to this administration and shame on those that do not come forward to support him and the fine educational institution he fought so hard to establish and support for the betterment of cancer patients and our children.

When this President’s tenure is up and if a State Audit is made and other investigations are done, Arizona will realize that this man has given the State of Arizona the biggest black eye it has ever experienced. In fact he is well known by his laughing in faces of councilmen and making derogatory remarks on the side about the stupidity of this State, its officials and their decisions.

Good job New Times! There are plenty more injustices out there that this man, his CIA cohorts (what a joke), his journalist spinners and his legal team are responsible for hiding.

A plague upon U.: We were angered and saddened to read "A Cancer on ASU" (Megan Irwin, January 18). My Clayton is alive today because of Dr. Bob Pettit's research.

After receiving standard-of-care therapies for his anaplastic thyroid cancer, Clayton participated in a Phase I combretastatin clinical trial. Having visited ASU's Cancer Research Institute, sharing ice cream with and spending a bit of time with Dr. Pettit, we know his passion is to find cancer cures.

There are two sides to every story, but we're sure this driving passion to research and have the funding/facilities to do it well is misunderstood by businessman Michael Crow, ASU's president, and others at Arizona State University. Sadder than Dr. Pettit's plight is that of generations of cancer patients to come.

Bad medicine: Megan Irwin truly deserves the title (and accolade) of journalist. The world is full of reporters, but true journalists are a rare and vanishing breed.

Thank you for "A Cancer on ASU." Beautifully done. It makes my heart sink even further, however, knowing that many cancers have already been cured, but the cures have been subverted or crushed, like Bob Pettit's research. Pharmaceutical greed is more often than not behind this, but your report brings forth a truly heinous reason for it: a pissing contest between grown men, and cancer victims become victimized yet again.

Biodesign Institute director George Poste's gigantic ego surely doesn't allow for shame, I am sure. However, the man's face should appear on a wanted poster in every cancer clinic in the world; he is the nemesis of all that is held holy and hopeful in those places.

As for ASU President Michael Crow, what a lily-livered pansy he is, dusting this annoyance off his shoulders so easily. Obviously, the man cannot even spell integrity.

Where are the true leaders of this world? They are not on podiums receiving accolades from their government and corporations. They are in shit-hole labs such as Bob Pettit has been relegated to.

So what if Pettit was difficult to get along with? So what if he is a bit arrogant and overbearing? The man has dedicated his life to a dream that would benefit all mankind. That kind of dedication and integrity deserve some slack in the personality department sometimes.

God bless him, but mostly, God bless you for telling his story.

Patently untrue: I am writing regarding a sentence in the article "A Cancer on ASU." The sentence reads: "It is true that he's personally grossed millions of dollars over the course of his career as a result of patents."

It is a fact that Dr. Bob Pettit profited over the course of his career as a result of his many patents. However, he always lived on his professor's salary, and all the money he earned was paid to the Cancer Research Institute for laboratory supplies, researchers' salaries, and payments on the CRI's mortgage.

CRI was totally self-supportive through donors, grants, and patents. The Institute cost ASU nothing, brought ASU millions of dollars from Dr. Pettit's and his colleague's patents, and created a very favorable national and international reputation for the university.

Anti mater: Thank you for your article re: the demise of my alma mater. I was so ashamed to be a Sun Devil alumnus after reading it. This is the example the administration is setting for students — treat those who you don't agree with heavy-handedly and, like a child, take away the things that matter to them.

It reminds me very much of our national leadership. I wish this were news to me, but I have been speaking lately to longtime tenured profs at ASU and have heard basically the same thing: Tenure means nothing; bring money (grants, publishing) in within two years or you're out. And, by the way, we're cutting your department in half, so make do.

I hope to see more articles like this written. I've always been a firm believer that if New Times doesn't report it, the people will never know about it. Keep up the good work!

Finally there is some good reporting in this town.

The turmoil the ASU community has been experiencing since Crow became president on July 1, 2002, has not been brought to the attention of the public by a reluctant media. President Crow has described ‘The New American University’ in glowing terms as an “incubator of new ideas and research that will spin off biotech companies and allow the University to become less dependent on the government”. In fact, precisely the opposite is true. Crow is apparently heavily reliant upon secret, untraceable government monies. He is perpetrating a monstrous fraud on the people of Arizona (esp. those of colletge age). He neglects to mention how this will happen in what will become a grotesque combination of ‘Cal State Tempe’ (as one professor described it) and the world’s largest community college, with a faculty deprived of the legal protections of tenure and no voice in an Academic Senate that has become a puppet of the administration.

If any faculty member in an administrative capacity (e.g., a department chair) complains of academic misconduct (e.g., plagiarism), or even has the temerity to question any aspect of a mandate from Crow, they are summarily fired from their administrative post. If they are, in addition, untenured, they are sometimes sacked outright. In the case of Prof. Pettit, he was not only stripped of his directorship of the institute that he founded, he was also stripped of the Dalton Chair which, by legal accord, he was to hold for the length of his tenure as a professor at ASU. All transparency – an essential condition of any university – has been lost.

The plight of Regents’ Prof. G. R. Pettit who for 40 years has been the Director of the Cancer Research Institute (CRI)and was the most productive professor in the history of the university, with almost 800 publications and the source of tens of millions of dollars of in indirect costs resultant from the licensing of more than 20 anti-cancer drugs discovered and tested by his laboratories is deplorable.

The ‘whistle blower’ complaint has been used as an excuse by Poste and Crow to destroy and take over the CRI, and to remove Pettit from his post.

ejected Pettit and his staff of c. 30 from the CRI building, a first-class modern laboratory complex that Pettit raised c. $11 million (largely from private sources) to build and equip. The abuse Bob Pettit has suffered is unacceptable on any moral or ethical standard one could choose to apply. It is a tragedy for cancer sufferers world-wide who have been denied life-saving medications.

There are other units, programs and departments, all with specific traumas of their own, some of which are willing to come forward and expose this ‘mirage in the desert’ (as Chronicle of Higher Education reporter John Pulley called it).

Intrigue and dishonesty of this magnitude compromises both the integrity and the legitimate aspirations of Arizona State University..

Everytime I put a comment on an anti-Crow blog it is removed again. I guess the anti-Crow people are quite hypocrite and don't acknowledge that many (even untenured) are very positive on the developments at ASU.

There's so much corruption at ASU, as an employee there, I've been seeing too much and am afraid of being fired for saying anything to the "authorities"... when are we going to get some justice and get out from under the thumb of crow and his cronies????

I was a graduate student in the most profitable research department at ASU. I know firsthand how President Crow has affected the learning environment through his imposing initiatives.

To other graduate students: You are not alone in your suffering! 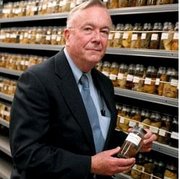